2017 John first, early December, collapsing with anaemia. We did not know it just seemed like a nasty persistent bug. Nearly lost him. Never saw anyone go through A&E so fast. Brave John. Magic juice Rituximab sluiced in his veins marks the cancer cells so they seem like foreign invaders. His own immune system then eagerly attacks them.
2018 August, a small firmness, they speak of a lump but it’s not a lump just slight firmness. A butcher doctor said simply “Cancer. Mastectomy, hmm in 3 weeks.” I fled, found Valentina who observed me in noisy collapse, said no no we can do a small operation and see if that fixes it. Terror still. Did I know one day … because this was always my deepest fear.
Well I took a magic pill that shrank it from 4.5 cms to invisible over eight months as I struggled to come to terms with it. Madly researching. The PhD skills very useful.
John was still having clinics every few weeks and a nasty relapse in Jan. 2019.
Poor Tal doing his finals, hair falling out. Struggling with Hobbes, Locke, Rousseau, Berlin and Arendt. Freedom is not binary says my Boy. In our family at least it’s a triad. 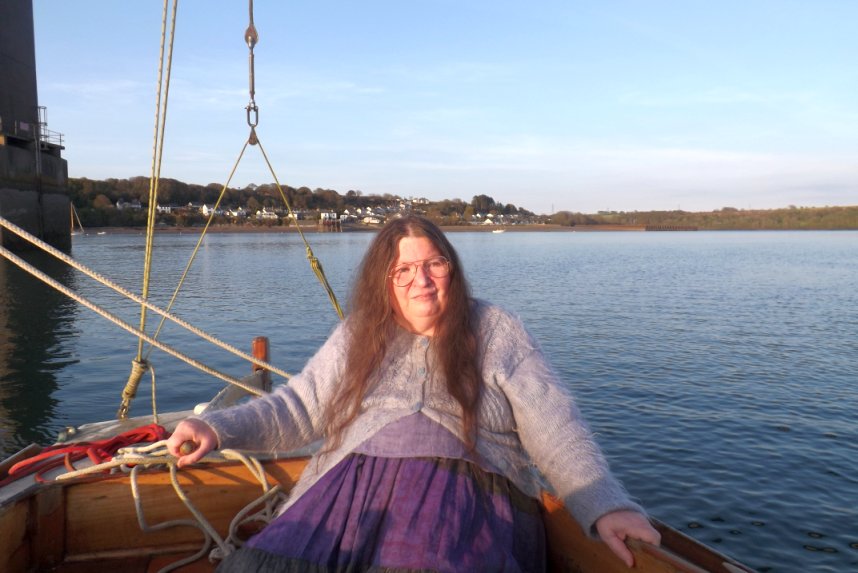 John pic of course.
Went sailing on Winwillow just before Cday Was wonderful to recapture that old passionate love affair.John so agile, smiling deeply alive on board, same as before.
Finally got there May 13 with both my guardian males with me. Rather a lot taken from the armpit as well and that was sore plus heavy vomiting from the opioid. But I did it. Marvellous nursing (Raglan ward, Nevill Hall).
Every two days driving one and a half hours round trip – seven times- checking the tube dragging it everywhere I went. Poor John very tired driving, we were also setting up Ty Non to do lets and we didn’t expect all these hospital trips. His clinics too.
Etsaana very attentive looking after both of us but did not leave me all through.
Annoying when the test result showed a sprinkle left behind so back I went for another go, but much smaller. Lymphatic drainage helped a lot and ginger for the heaves.
I felt almost cocky this time, huh, I’m a veteran. Hungry.
Home in state in a taxi all the way. Tucked up resting all of us quiet. Writing this suddenly shows how ordinary it all is.